One of Europe's prettiest cities, Budapest for long has remained hidden from the tourist map. High time that it is rediscovered

The only way to truly appreciate Budapest is to dive headlong into it. Not into the Danube river along whose bounteous banks the two different entities of Buda and Pest have evolved separately over the centuries. But dive into the city’s 24×7 experiences and its fairy tale setting. Not just a single castle but a number of royal residences on a chain of verdant hills. That’s on the Buda side. So we sit on the Pest side, Shahen Yashpal, my 18-year-old Toronto-born nephew and I, and watch the vista unfold under the spectacular evening sky, feeling rejuvenated as we take in the sight, like robots who have just been rewired and rebooted. 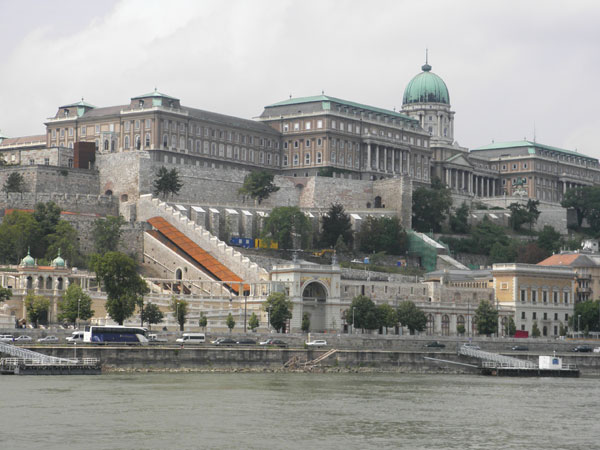 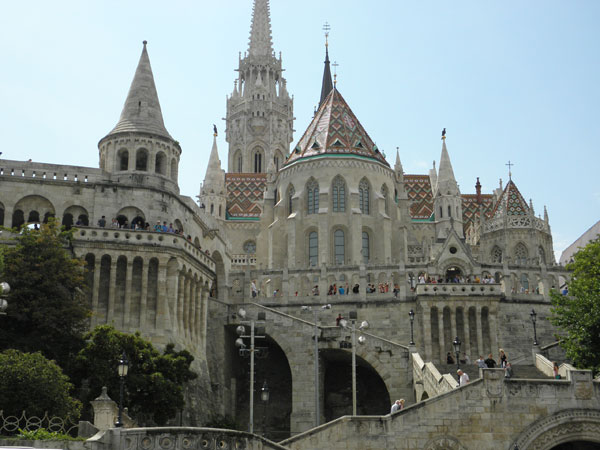 When darkness does arrive around 9 pm, our night vision is dazzled by the string of lights floating on the Danube river, coming from the tourist boats (dinners and entertainment offered) well past Cinderella time. It’s a view we don’t grow tired of, while dining out for five nights in the many restaurants that line the coveted Jane Harming boulevard. We don’t expect Michelin quality goose liver rosti at DuBarry. Nor authentic zucchini tagliatelle from the next door Dunacorso Etterem restaurant. But all waiters speak English, service is efficient and wine is really good. 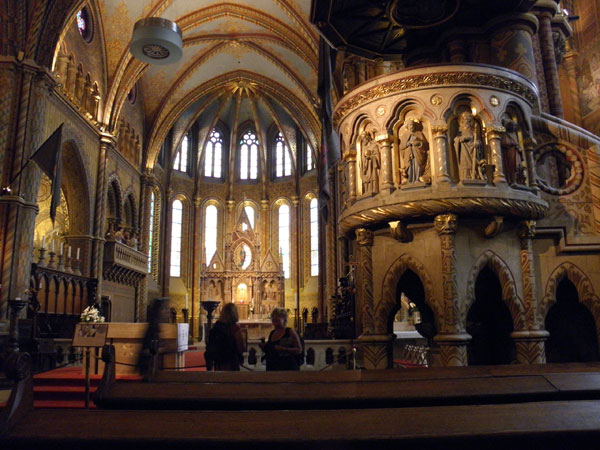 Ethereal. Magnifique perhaps? Jaw dropping? Drop any adjective, but not for nothing is Budapest being acknowledged today as Europe’s most magnetic of cities. To think that it is only since 1989, when communism collapsed in central Europe, that the city has spruced up its clearly-not-forgotten elegant past. Luxury five star hotels – Malmaison Andrassy, Kempinski, InterContinental (where you pay 25 Euros fee for your pet), Marriott, Sofitel , Boscolo et al have glitzed up the area around the Chain Bridge (opened in 1849, the bridge linked Buda and Pest for the first time) which is one of the city’s heritage monuments. 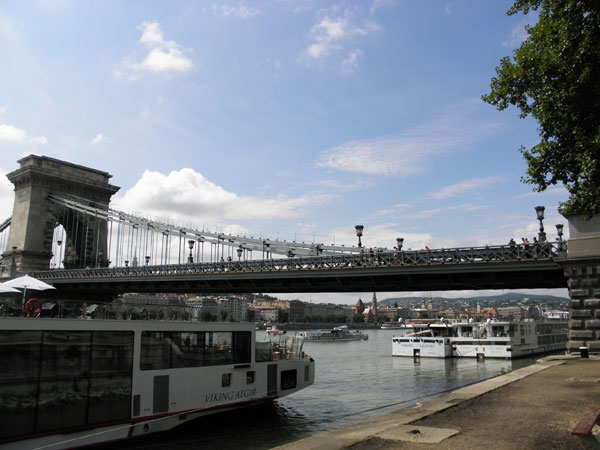 The Pest side of the Danube comes alive in the night with locals, tourists and entertainers filling the area along the river. Ivan Szegbo, for example. He plays timpani-like music on a set of glasses each filled with water calibrated to a calculated pitch. Every night, Ivan lays out nine glasses on top and thirteen below on narrow shelves and churns out classics in pop style. He is happy with the tips he gets, and tells us he has a day time job as a bank cashier. Night club action on offer ranges from music clubs to strip joints and gay and lesbian bars. Most clubs are open till four am and it is advisable to not go alone. Sight seeing buses are the best way to see the city during the day. Three rival bus companies run similar city tours, in which you can Hop On Hop Off (HoHo). Ticket vendors of all three HoHo companies stand next to each other in the central square, so you can bargain for the best rates. A tip: Board a HoHo at noon on day one and your two day pass is still valid on the third day, provided you get on before noon. All tours will pass by Margaret Island, a great attraction for kids with a water park, mini zoo and bikes on rent. This pedestrian-only island in the middle of the Danube was for centuries home to church and cloisters. Today it also boasts of a five star resort and thermal baths. All tours also lead to the Castle district on Buda side. From the top of the hills, you can click pictures of the most stunning Parliament building in the world, built in 1896 to celebrate the country’s millennial anniversary. Located along the Danube embankment, and 268 metres long, this landmark building is decorated with ornate neogothic turrets and arches. The story goes that it cost so much money to construct that socialists protested, saying the same money could have housed 40,000 poor inhabitants. With 365 mini towers, there’s one for each day of the year. It has 691 rooms and the 96 metre high central dome is flanked by two slightly smaller domes. In all, 42 kilos of gold were used to decorate the domes. Parliamentarians sashay through any of the 27 gates. 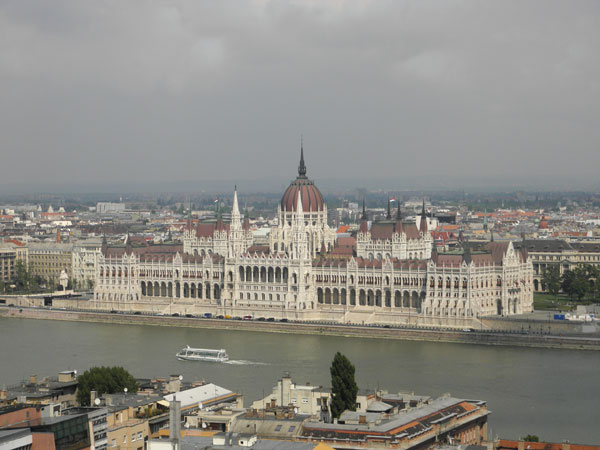 Budapest has a vibrant foodie scene on par with that of London and New York. Chef Nobu Matsuhira’s worldwide dining empire is here serving new style Japanese cuisine redefined with South American flavours. Among Nobu’s signature dishes here are my favourites, Alaskan black Cod with miso and the yellow tail Sashimi with jalapeno. The Buddha Bar restaurant serves gourmet Pacific Rim dishes in its two storey dining temple. Italian pasta and pizza bistros abound. If nightlife is not your scene, worry not. In summer many streets come alive with food stalls around a make shift concert stage. Buy a beer eat some street nosh and get entertained by local musicians. 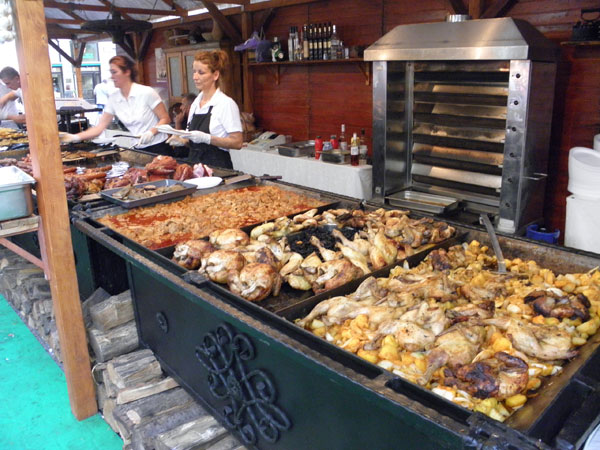 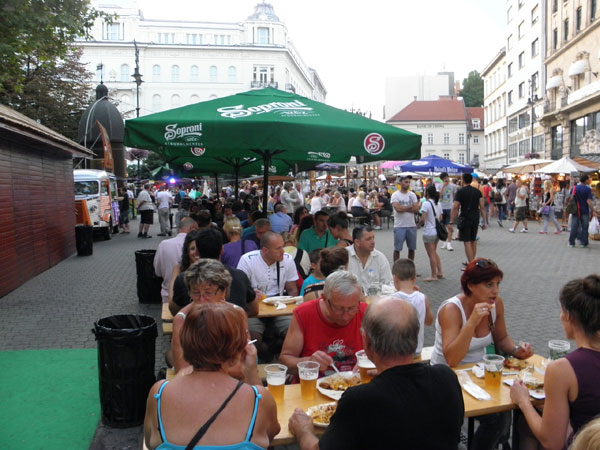 We lunched at Vapiano where one can compose your own blends of pastas and sauces. Vegetarians will be happy to know there are many Indian restaurants (Shalimar, Salaam Bombay, Taj Mahal) in Budapest. You must eat at the vegetarian only Govinda (1053 Budapest, Papnovelde utca 1, open Mondays to Saturdays from 11:30 am to 9 pm) which is usually full of locals. We ate three different bhaajis, two types of pakoras, Daal Tadka, two rice dishes and raita bowl and the bill came to just 9 Euros. Food is indeed cheap in Budapest. 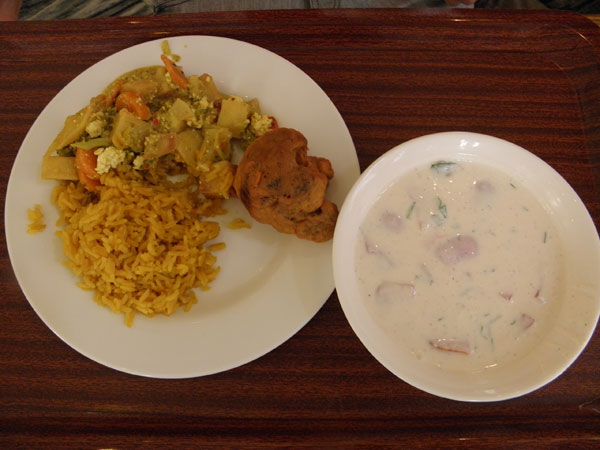 After lunch, we walked across the river for another memorable experience. Budapest bubbles on top of one of the biggest geothermal reservoirs in the world. The city has more than 100 hot springs, with many public baths. The most ancient one, the Gellert Bath is the most famous because of its extraordinary Art Nouveau architecture. The elegant statues and colourful tiles and mosaics take you back to the 1910s, when this complex was built as an exclusive hotel and playground for the aristocracy. The central pool inside – once an indoor minigolf track – has a movable glass roof. The other warm and hot indoor pools are smaller, but beautifully decorated, too. The most popular one is the NeoBaroque Szechenyi Bath with three outdoor pools. Its in these hot baths that locals exchange gossip, discuss problems, romance and even indulge in games of chess. Time spent in the baths has rejuvenated us enough to climb hills. And why not, since the Gellert Hill is right next door. After an hour of huffing and much puffing we reach the summit to be rewarded by a glorious sight below. The hills slicing down to the Danube and the flat banks of the Pest side. There’s also a mid-19th-century Citadella to be explored and the Liberty Monument which celebrates the Nazis defeat. 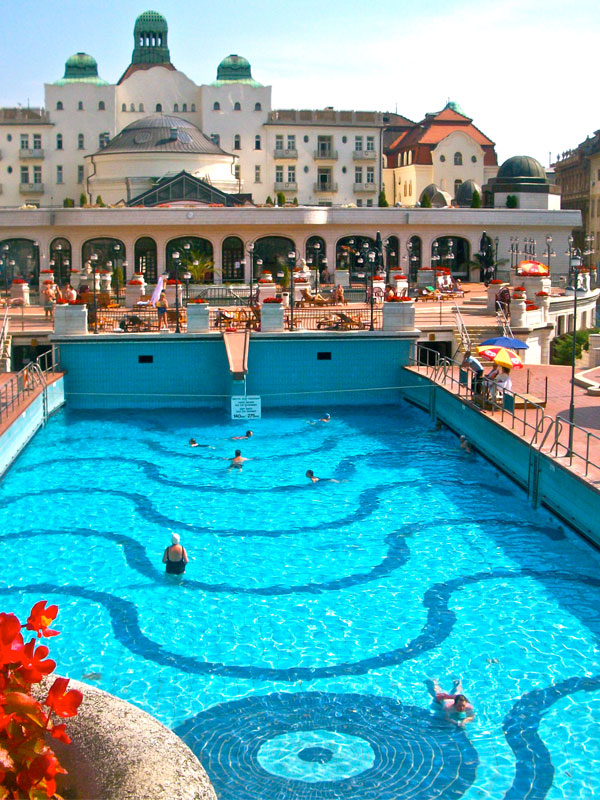 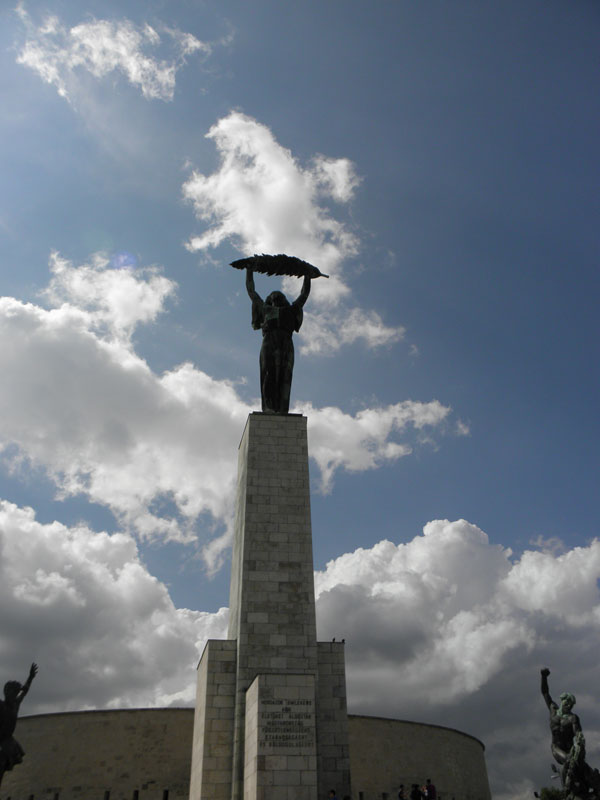 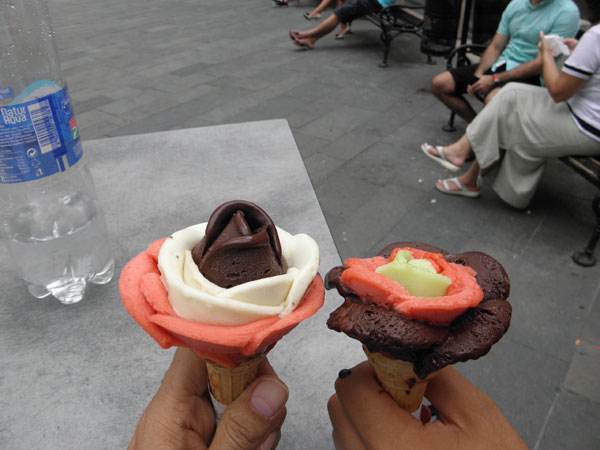 We celebrate every day with at least one greedy goodie. Quality ice cream parlors have mushroomed across the city selling freshly made ice cream by the gomboc (scoop), sometimes made from the most unexpected ingredients: lavender, chestnuts and goat cheese. At the Svent Istvan Square stands the St. Stephen’s Basilica, its dome touching 315 feet, the same height of the Parliament. No other structure in the city is allowed to rise higher, in order to symbolize Hungary’s balance of church and government. We climb 364 steps up to the observation deck. Later, to thank our sturdy knees for not giving up on us we go to the next door Gelato Rosa ice-cream shop. It is famous for its rose-shaped ice creams. Since one each is not enough and since it’s our last day, we have one more. And return back after dinner to have one more. That’s Budapest for you. It makes greedy tourists of us all.