The Other Side of Montmartre
Published in Verve Magazine | December 2012

I was 35 when I fell in love the second time. It was not the helpless lust of my first love with Rome which remains to this day. This second crush was a midlife one, when pain and loss teach a few truths. And yet being midlife, tempers it with hope and optimism. This second love was with Paris, the city where the light never fades on the Seine and the magnificent monuments seem to glow in the dark. 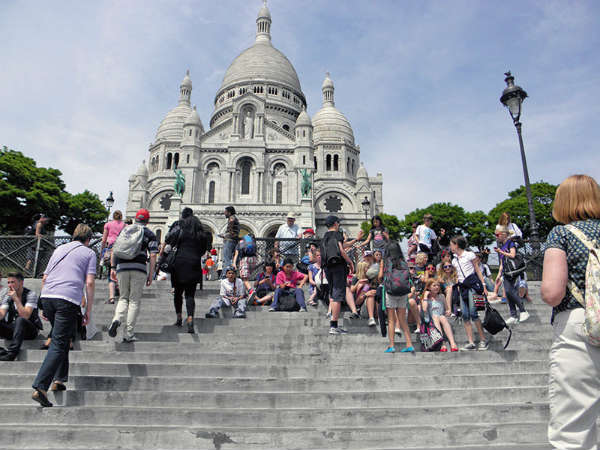 Paris is really a collection of villages transformed by time and man’s architectural excesses into an unwieldy city. We visit, admire and go ooh-la-la over the Eiffel Tower, Notre Dome, Ile de la Cite, Champs Elysees, Louvre. And rightly so. But moi, the curious cat, wanted to discover why did I always feel there was much more to that hilltop called Montmartre – with its crowning glory of the Sacre Coeur Basilica (SCB). Is there not more to Montmartre than the jugglers and performers at the magnificent cascade of steps? More than a quick prayer inside SCB? More than the bustling square, Place du Tertre (PDT), full of touristy restaurants and skilled artists who can sketch your face for posterity. 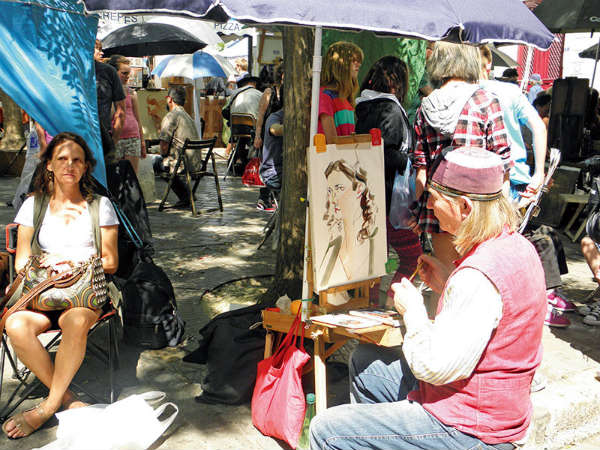 Isabelle Mariotte, blonde Parisienne beauty of sharp intellect listens to my question and in a split second, replies: “On y va tout de suite!” So off we go in her Smart Car (ideal for parking anywhere), to spend an entire day on Montmartre’s magical mystery tour. Two weeks later, friends Christian and Francois lead me on my second walk up and down Montmartre’s many winding lanes. Birds chirp in verdant trees, locals play boule in private gardens, eccentric men dressed in gowns water their plants, as I record unforgettable impressions in my mind and on camera….

Not long ago, Montmartre was a country village. A small, sparsely populated collection of farmhouses dotted all the sides of the hilltop, known as La Butte. And at that time, there existed 14 windmills. Today only two remain. The more famous one, at 83 Rue Lepic, is unmissable thanks to its large size and also because it’s fronted by a charming restaurant called Le Moulin de la Galette. It’s got a lovely hidden garden in the back, where I had a coffee and pastry.

Across the street is a residential complex, right out of a Victor Hugo novel. A formidable gate guards the complex from prying visitors. I was also one of the millions who peered in, trying in vain to spot a famous director (Claude Lelouch) or actor (Gerard Depardieu), rumoured to own one of those lavish apartments. To protect their identities, the plates feature names of famous but dead artists: Cezanne, Chagall, Monet, Matisse, Modigliani, Picasso, Van Gogh and so on. Clever, n’est ce pas?

Parallel to Rue Lepic is Rue Norvins (on which if you walk upwards you will arrive at Place du Tertre) on which is the Place Marcel Ayme, where you can’t help but notice a life-size man half emerging from the wall! Jaws will drop. As did mine. This statue relief was conceived by Jean Marais and pays homage to Marcel Ayme’s well-known work.

All that walking made you hungry? So now you are almost at the top, still on Rue Norvins, behind Sacre Coeur. To your left is a restaurant with a large sign that says La Bonne Franquette. Isabelle took me inside this utterly charming and utterly Parisian restaurant which has its motto etched at the front door; Love, Eat, Drink and Sing. This motto not only sums up the spirit of the place but also the spirit of Montmartre. The father and son proprietor duo Patrick and Luc Fracheboud love India, so you will get a happy welcome. Even a glass of red wine, as I very kindly was offered.

Talking about wines, do you know that Montmartre has its very own vineyard? Here’s how you get there. At La Bonne Franquette, go downhill on Rue des Saules. To your left is a pink-coloured heritage house called, (what else), La Maison Rose. Ten steps ahead to your right, you will be amazed to see a small but still productive vineyard. Clos Montmartre produced its first wine in 1934. It was commissioned by legendary Parisian actress Mistinguett who was at one time the best paid female entertainer in the world! Not Edith Piaf as one would imagine.

What would Paris be without its numerous museums? There’s one here too. Walk back to the Maison Rose and turn left onto Rue Cortot. At No 12 stands the oldest house in Montmartre, constructed mid 17th century, restored in 1959, now the Montmartre Museum. Inside, a garden embraces two buildings where artists like Renoir and Suzanne Valadon had their studios. All their memorabilia is on view. It’s like stepping inside a time warp. 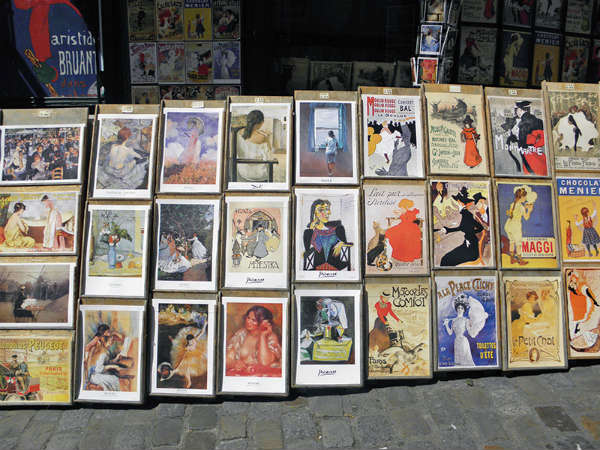 Enter France’s most famous movie. Amelie, which continues to win hearts around the world, features a memorable scene inside a store. Guess where that store is? You won’t need to. It stands at the corner of Rue Androlet and is called Au Marche de la Butte. I bought a smiling postcard of Amelie and have kept it for my grandchildren. 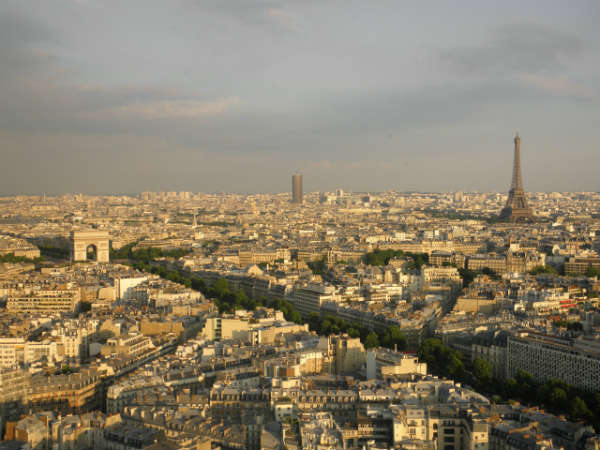 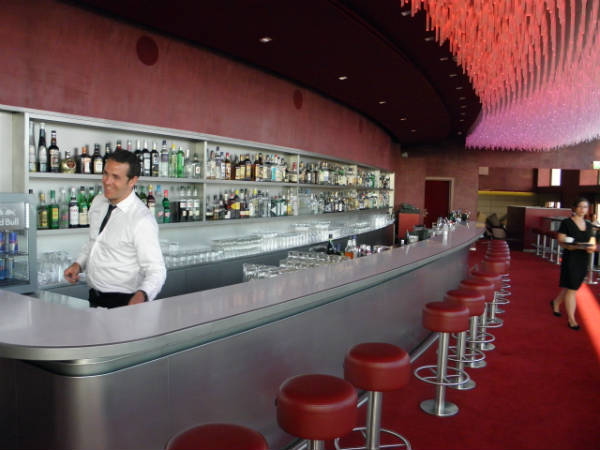 For five glorious days I had the most spectacular view from my 26th floor bedroom. To my right the Eiffel Tower. To my left Monmartre’s hilltop. Sprawled below me the world’s most romantic city. You too can go ooh-la-la about the view that Hotel Concorde Lafayette commands. At the very top, on the 34th floor, is Bar La Vue. This rocking bar, with floor-to-ceiling glass frontage, offers a heart-stopping vista! Doors open mid-afternoon, and don’t shut till the morning’s wee hours. The hotel lies in Porte Maillot, close to the business district.